Theology of the Forum

The idea of a Forum (now the D.P.C.) arose as a result of a consultation process among the priests of the Diocese of Ossory.  The first priority identified by the consulters was “the establishment of a Diocesan Forum in which bishop, priests and laity can address the issues of the day and plan for the future”.  The consultation was concluded during the Jubilee year 2000, and it is in the context of the document Novo Millennio Ineunte of John Paul 11 published to mark the beginning of the New Millennium that the Forum finds its theological and pastoral setting.

The challenge for the Church now is to develop new pastoral strategies appropriate to this time.  We are not on our own as we approach this formidable task.  We are part of a history that did not begin with us and we will be part of a future that we do not yet know.  The constant is that Christ is with us at all times leading and guiding.  We can ge goaded into feverish activity by the enormity of the task facing us.  But we need to be reminded that “we must resist this temptation by trying “to be” before we try “to do”. NM#15  Consequently the Pope returns time and time again to the need for a knowledge of Christ which is the result of prayer and familiarity with his Word.  This is the way to holiness and such holiness is a message that convinces without words.

In planning the work of the Forum, NMI (Novo Millennio Ineunte) would call all who are part of the forum process to begin the journey in prayerful contemplation that will influence the outcome.  “Our witness would be hopelessly inadequate if we ourselves had not first contemplated his face.”  NMI #16  The diocese of Ossory will not be saved by a formula but by a Person.  The urgency of prayerful reflection as the work of the Forum begins and as it continues is foundational to its achievement of its goals.  In fact without a prayer-component to its work the Forum will ultimately be doomed to failure.  “We have to learn to pray” NMI #32

Profound prayer is within the grasp of all.  It is not an exalted ideal reserved to priests or consecrated religious.  Rather it is the lifeblood of every Christian.  Without prayer the people “would not only be mediocre Christians, but Christians at risk.” NMI #34  At risk from the values of an overwhelmingly secular culture that readily undermines faith.  “It is therefore essential that education in prayer should become in some way a key-point of all pastoral planning.” NMI #34

In each parish of the Diocese pastoral challenges abound.  They are clearly indicated in the pages of the report that has emerged from the Listening Survey.  And so our faith in Christ and our belief in his Church must “translate into initiatives adapted for the circumstances of each community.” NM #29

The Pope puts before the Church four pillars on which all pastoral planning will build as on a sure foundation: the Sunday Eucharist, the Sacrament of Reconciliation, Listening to the Word and Proclaiming the Word.

Sharing the Eucharist should be at the heart of life for every Christian.  We do not know what the future holds for us.  We are fast becoming an intercultural and inter faith country and diocese.  We may well become “a little flock”.  This will present us with a challenge to maintain our identity in a very changed context.  The Sunday Eucharist as “the summit towards which the Church’s action tends and at the same time the source from which comes all her strength” SC #10 will prove a central anchor that will hold the Christian community fast.

To know the compassion of Christ when confronted with the weakness and vulberability of the human condition is surely at the heart of approaching the challenges that are identified in the Forum Report.  The Sacrament of Reconciliation leads us to “a rediscovery of Christ….. the one in whom God shows us his compassionate heart and reconciles us fully with himself.”  NMI #37  The renewal of this sacrament will be a crucial part of the response of the Forum in its work of moving towards healing the wounds that mark the communities of this diocese.

The search for meaning and ultimately the search for God are at the heart of life.  Nobody is immune from the fundamentalquestions.  Only the work of evangelization and catechesis will build on the seed of faith which imperceptibly finds its way into consciousness.  Listening to the Word of God is the fundamental encounter that breathes life into the gift of faith and opens us to growth and development of faith.  When the Forum looks at the issues of faith in the communities of the Diocese it will be necessary that the strong recommendation of NMI in #39 be given serious consideration: “it is especially necessary that listening to the word of God should become a life-giving encounter, in the ancient and ever valid tradition of lectio divina, which draws from the biblical text the living word which questions, directs and shapes our lives.” NMI #39

Proclaiming the Word is a constant concern and priority for the Church.  We are called to rekindle the original enthusiasm of the Gospel and how true this is for today as we sense the tiredness of two millennia when beset with the challenges of this time.  The Pope calls the Church to a new enthusiasm that will be learned from the young whom he names “morning watchmen at the dawn of the new millennium”.  NMI #9  He calls all to be servants of the Word with the warning from St. Paul: “Woe is me if I do not preach the Gospel.” (2Cor. 9:16)  This work cannot “be left to a group of specialists”: NMI #40 “A new apostolic outreach is needed, which will be lived as the everyday commitment of Christian communities and groups”. NMI #40  The Forum when searching for new ways of proclaiming the Word and for fresh enthusiasm, is urged to call on the gifts of all the baptized and to encourage them to find ways of living up to their calling to be heralds of the Gospel in the 21st century.

Having identified the four key strategies for pastoral planning, the Apostolic Letter at the beginning of the New Millenuim sets as a major directive the task of ensuring and safeguarding communion “at every level in the structures of each Church’s life.” NMI #45  A fruitful dialogue is called for between pastor and faithful which will unite them in all that is essential and lead them to pondered agreement in matters open to discussion.  This will impose the discipline of reciprocal listening that will include in a special way the young and will make room for all the gifts of the Spirit.  All will be called to active responsibility in the Church’s life and due recognition will be given to all forms of the Christian vocation including priesthood, religious life and the family.

The letter ends by identifying problems that find resonance in the agenda that is gradually forming for the Forum.  A list which includes issues of peace contempt for the fundamental human rights of the person, respect for the life of every human being, ecumenical commitment and the scenario of poverty typifies the culture of the new Millennium as experienced in the Diocese of Ossory.  This is the world of the 21st century.  This is the world the Church is called to serve.  Novo Millennio Ineunte identifies the hope with which the Forum will approach its sublime task: “A new century, a new millennium are opening in the light of Christ.  But not everyone can see this light.  Ours is the wonderful and demanding task of becoming its “reflection”….it is a task which we can accomplish if we turn to the light of Christ and open ourselves to the grace which makes us a new creation. NMI #54

We use cookies on our website to give you the most relevant experience by remembering your preferences and repeat visits. By clicking “Accept”, you consent to the use of ALL the cookies.
Cookie settingsACCEPT
Manage consent

This website uses cookies to improve your experience while you navigate through the website. Out of these, the cookies that are categorized as necessary are stored on your browser as they are essential for the working of basic functionalities of the website. We also use third-party cookies that help us analyze and understand how you use this website. These cookies will be stored in your browser only with your consent. You also have the option to opt-out of these cookies. But opting out of some of these cookies may affect your browsing experience.
Necessary Always Enabled

Performance cookies are used to understand and analyze the key performance indexes of the website which helps in delivering a better user experience for the visitors.

Analytical cookies are used to understand how visitors interact with the website. These cookies help provide information on metrics the number of visitors, bounce rate, traffic source, etc.

Advertisement cookies are used to provide visitors with relevant ads and marketing campaigns. These cookies track visitors across websites and collect information to provide customized ads.

Other uncategorized cookies are those that are being analyzed and have not been classified into a category as yet.

Please note: It may be necessary to reschedule some of the above times and dates. Please check the school website throughout the year for confirmation of the most up to date information. 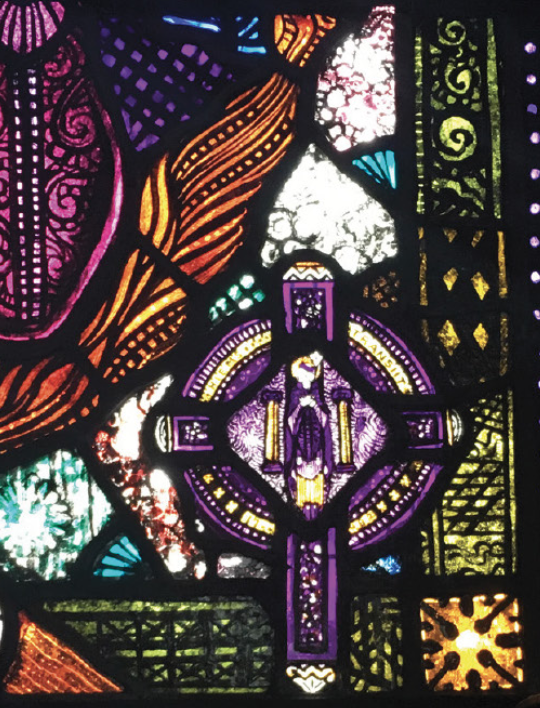 As always, we will celebrate our feast day on March 5th. This year will be an unusual celebration in that, because of the pandemic, we will be unable to gather together as a community to celebrate mass and enjoy activities. Instead, we will stream mass on St Kieran’s Day which will be made available to […] 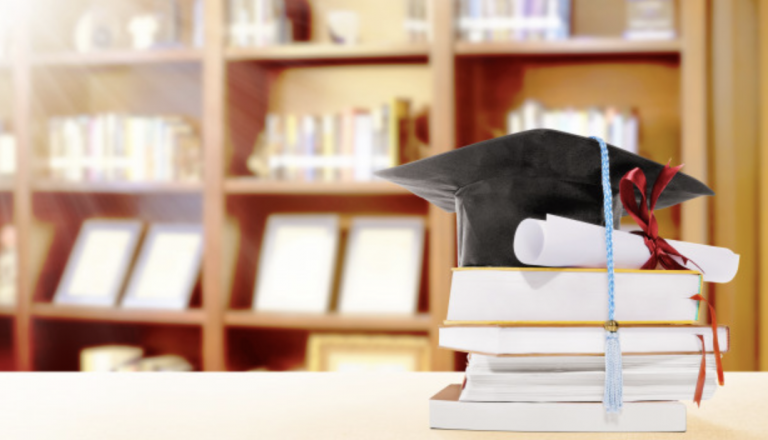 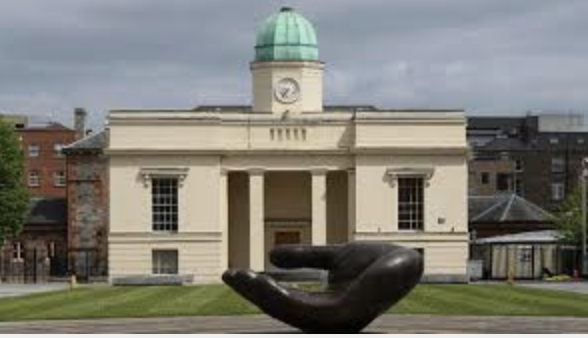