St Kieran’s College in Kilkenny, which was established in 1782, recently launched plans to facilitate past pupils in reconnecting with the College and with one another. 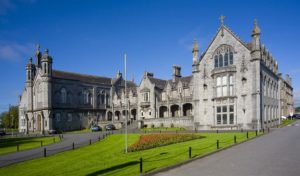 One of the country’s most famous Catholic diocesan secondary schools recently unveiled plans to set up an alumni association.

St Kieran’s College in Kilkenny, which is Ireland’s oldest secondary school having been established in 1782 after the initial relaxing of some of the Penal Laws against Catholics, recently launched plans to facilitate past pupils in reconnecting with the College and with one another.

In launching the newly formed St Kieran’s College Alumni the president of the college, Fr Dermot Ryan, said St Kieran’s has a proud tradition in educating leaders for the sporting, artistic, academic and business worlds.

He added, “Men who having received much of their education and formation in the College then went on to contribute many great things to their homes, communities and places of work. The friendships made there, and the lessons learned, stand us well, even today, and through the Alumni we can reconnect to each other once more.”

The St Kieran’s Alumni has already plans in place to establish contact with as many past pupils as possible to invite them to reconnect with the College and with each other, establishing a network of former St Kieran’s College pupils throughout the country.

A series of events will also be offered over the coming months to help deepen these links culminating with a marquee event on 30 June 2017 when, in the grounds of St Kieran’s , all past pupils will come together to celebrate all that is unique and special about the College.

According to Fr Ryan, “There is something intangible and unquantifiable about St Kieran’s and the impression it leaves on us, all this, then, is an opportunity to recognise and celebrate this fact together.”

Among its famous past pupils are a number of the current Kilkenny hurling team including manager Brian Cody as well as former Ceann Comhairle and Labour TD Seamus Pattisson and EU Commissioner for Agriculture, Phil Hogan.